HM3 Poison Dart Frog – a Not So Poisoned Watch

Before take a closer look at this amazing watch let’s see who MB&F is, the company behind HM3 Poison Dart Frog. After decades learning and conforming to the corporate rules of watchmaking, Maximilian Büsser broke the chains and started a rebellion – a rebellion called MB&F. MB&F is an artistic and micro-engineering concept laboratory in which collectives of independent horological professionals are assembled each year to design and craft radical Horological Machines.

Now back to the HM3 Poison Dart Frog, a limited edition of 10 pieces inspired by the spectacular yellow-banded poison dart frog:

The deadly potential of the poison dart frog is camouflaged in the tropical rainforest by this amphibian’s exotically-patterned black and yellow skin. Similarly, the high-tech zirconium case of Poison Dart Frog is disguised by a sleek, black layer of PVD. The black case contrasts spectacularly with the animated rotor – framed by an over-sized date wheel – on top of the Jean-Marc Wiederrecht-designed complication. 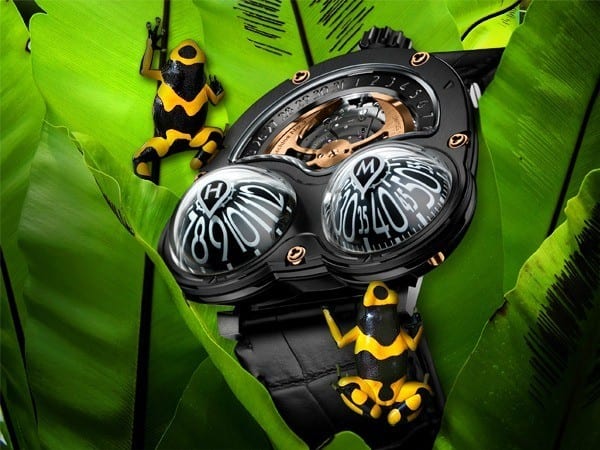 The protruding eyes of real-life, amphibious frogs enable them to see in many directions without having to turn their head. The bulbous hour and minute domes of Poison Dart Frog create a similar effect, though in this case it means the wearer can easily read the time from a variety of angles without having to turn his or her wrist. 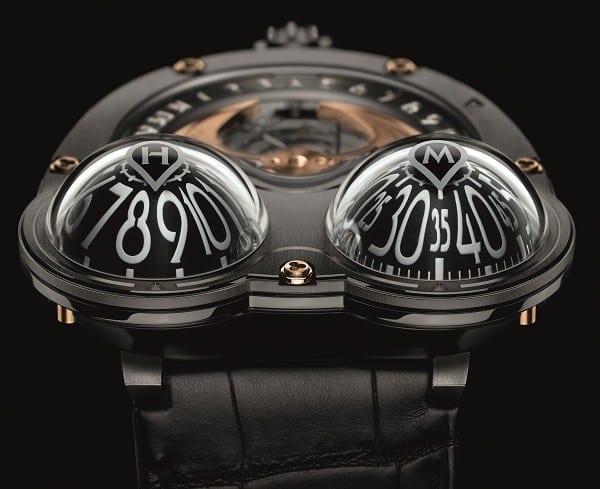 The hour and minute domes had to be meticulously machined from solid aluminium, chosen for its optimal strength to weight ratio – the domes weigh just over 0.5g. First, they are milled from the outside and then the inside to arrive at a paper-thin wall thickness of just 0.28mm, ensuring their energy requirements are kept to an absolute minimum.

Protecting the hour and minute domes are two semi-spherical sapphire crystal domes that had to be shaped and polished with utmost precision as the slightest imperfection in the sapphire could produce a disconcerting magnification effect. 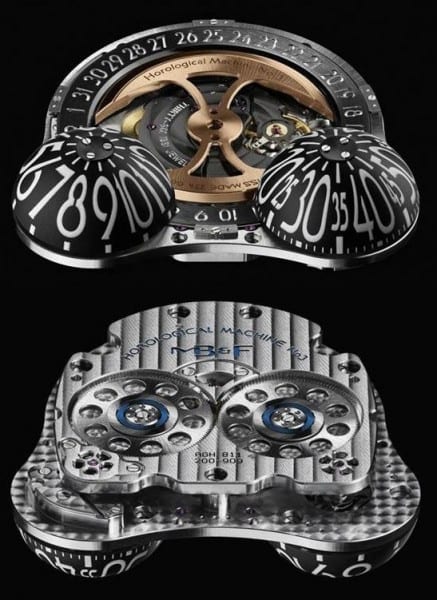 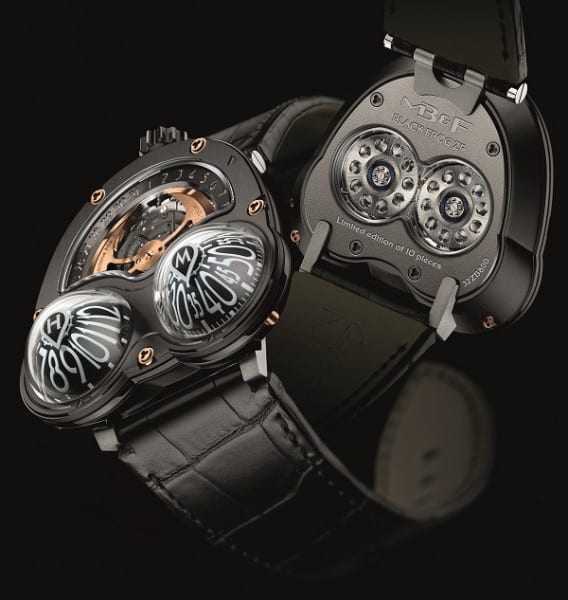 This limited edition is available exclusively at The Hour Glass.