Hotel Kakslauttanen in Lapland, Finland has 20 glass igloos that offers a possibility to admire Aurora Borealis (Northern Lights), one of the most magnificent natural phenomena, usually appears in the night sky between end of August and April. Igloo Village Kakslauttanen is open each year between December and January depending on the weather conditions and stays open until the end of April.

Based on a groundbreaking idea and years of research and development, glass igloos are a marvel of modern technology. Built from a special thermal glass the temperature inside the igloo always stays at a normal level. It also prevents the glass from not getting white frosted, hence keeping the view clear even when the temperature outside drops to under -30°C. Every igloo is equipped with a toilet and luxury beds. On every evening a hot sauna and a refreshing ice hole are waiting for you. 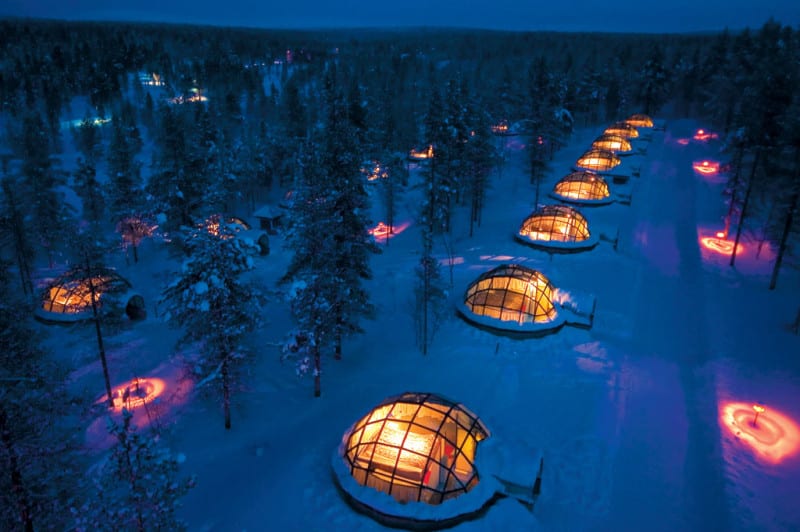 Glass igloo provides an one of a kind opportunity to admire the northern lights and millions of stars of the crystal clear Lapp sky in a comfortable room temperature. 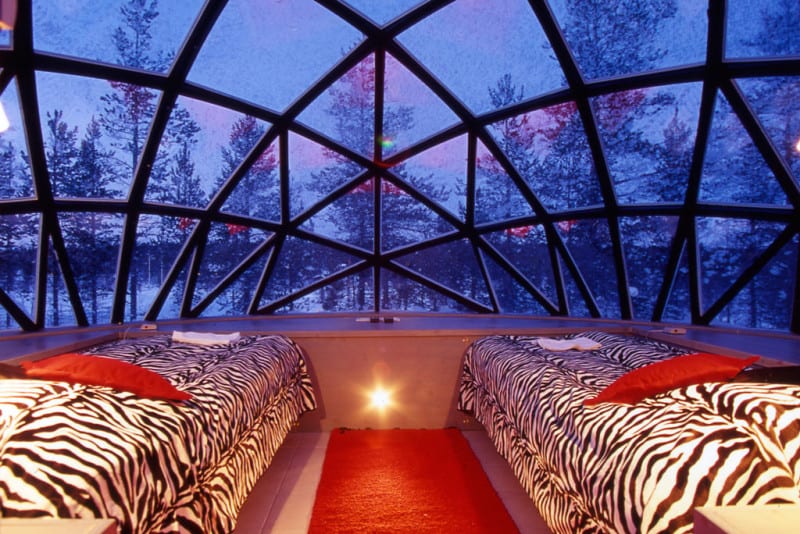 Every cabin is equipped with a modern and powerful heating system to guarantee your pleasant stay. The fireplaces are in the cabins for the atmosphere. 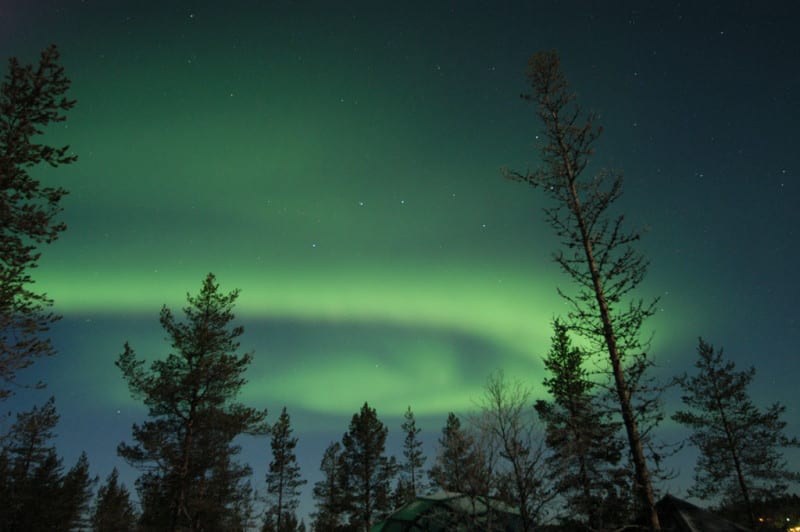 Kakslauttanen provides perfect opportunities for observing Aurora Borealis, as there is virtually no light pollution and very few trees obscuring the sky nearby.

Lapland, a magnificent land of fells, reindeers and Northern Lights, is a vast geographical area laying in the northern most part of the Scandinavia spreading to the area of the four different countries: Finland, Russia, Norway and Sweden. The population density in Lapland is about two persons/km2, which means that most parts of the Lapland are untouched wilderness.

Do you know? Kaamos is a mystical period between December and January when the sun does not rise at all.