Supercars: BMW i3 Concept and BMW i8 Concept Spyder

BMW has unveiled an updated BMW i3 concept and BMW i8 Concept Spyder. The good news: After successful initial testing of the vehicle concept, the decision for a series-production vehicle was quickly made. Also, The BMW i8 Concept Spyder proves that you should never underestimate the potential of electricity.

Take a look at those amazing new photos and video with BMW i3 Concept and BMW i8 Concept. The BMW i8 Concept Spyder price is over $100,000, according to cars experts.

The BMW i8 Concept Spyder is the next step in the evolution of the BMW Vision EfficientDynamics Concept. The result: The most progressive and innovative sports car of its time. Its innovative plug-in hybrid concept combines the modified electric drive system from the BMW i3 Concept – fitted over its front axle – with a high-performance three-cylinder combustion engine producing 164 kW/220 hp and 300 Nm (221 lb-ft) at the rear. Working in tandem, they allow the two drive systems to display their respective talents to the full, delivering the performance of a sports car but the fuel consumption of a small car.

Acceleration of 0 to 100 km/h (62 mph) in under five seconds combined with fuel consumption in the European cycle of 2.7 litres per 100 kilometres (approx. 104 mpg imp) are figures currently beyond the capability of any vehicle powered by a combustion engine of comparable performance. Thanks to the eDrive technology with its large lithium-ion battery, which can be charged from a domestic power supply, the BMW i8 Concept can travel up to 35 kilometres (approx. 20 miles) on electric power alone. Added to which, the 2+2-seater offers enough space for four people, giving it a high level of everyday practicality. 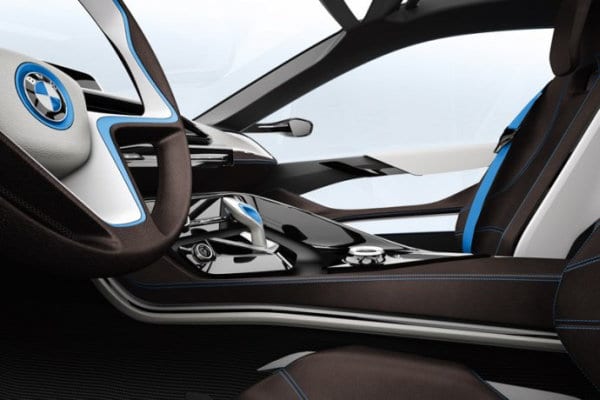 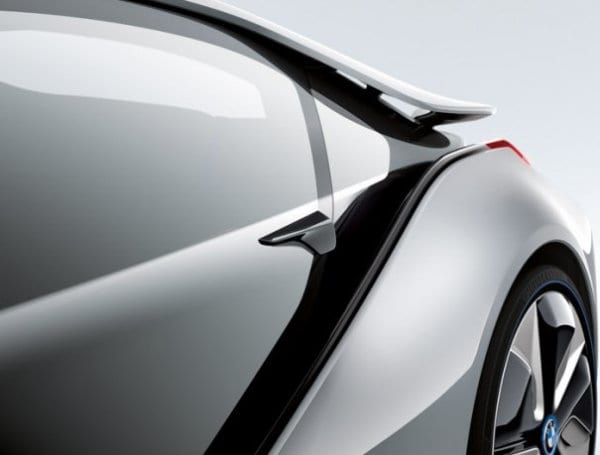 The sporting character continues into the interior. Boasting a driver-focused environment unmatched by any BMW Group vehicle before it, the BMW i8 Concept immerses the driver fully in the unique driving experience. The BMW i8 Concept is the sports car for a new generation – pure, emotional and sustainable. 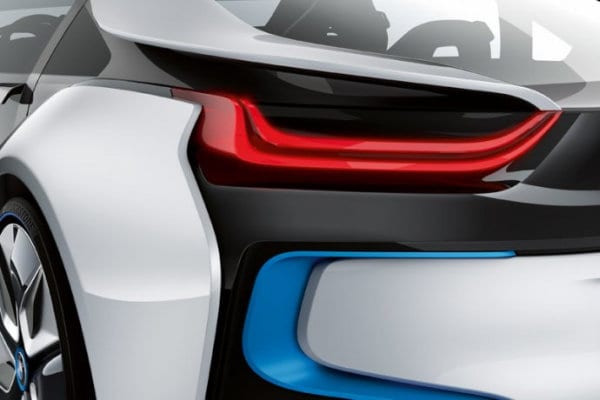 The design of the BMW i8 Concept is as special as the car’s overall concept embodying the perfect synthesis of technology and aesthetic allure. Its sweeping lines and flat silhouette lend the vehicle a strikingly dynamic appearance even when standing still. A large, transparent greenhouse lends the exterior an extraordinary feeling of lightness and highlights the exceptional efficiency of this vehicle concept. Short front and rear overhangs round off the sporting overall impression. Despite its dynamic appearance, the 2+2-seater can accommodate four people, giving it a high degree of everyday practicality. 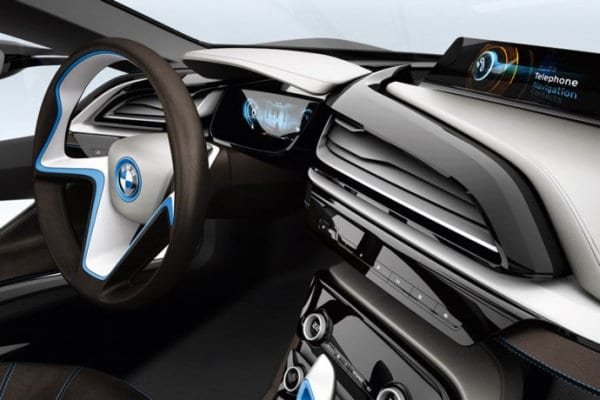 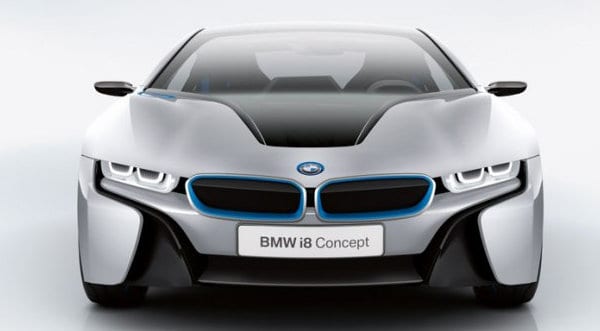 As with the BMW i3 Concept, layering again serves as the central design element of the interior and exterior. The individual vehicle components are also clearly visible from the outside, the black and transparent Life module clearly setting itself apart from the silver-coloured body components around it. This layering approach lends the BMW i8 Concept an extremely technical and cutting-edge appeal. 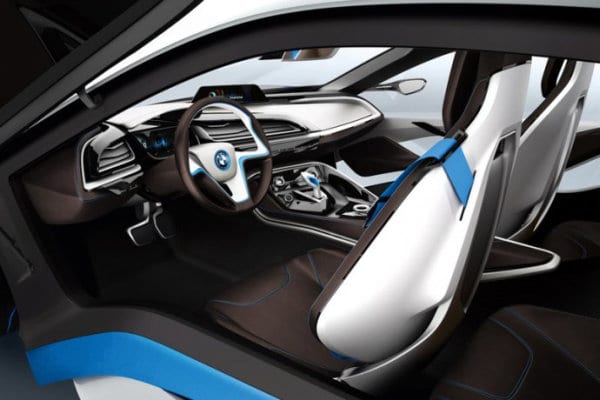 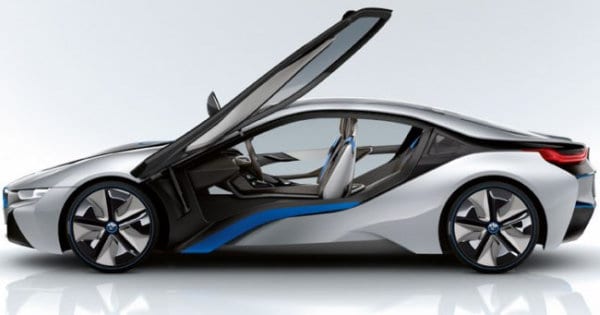 Just like i8, BMW i3 Concept design is amazing. From the side view, the window graphics and door sills combine to create a dynamic wedge shape, giving the car the feeling of pushing forward before it even turns a wheel. From the outside, a flowing silhouette and long wheelbase hint at the extraordinarily generous levels of space on offer in the interior, while short front and rear overhangs make parking in tight spaces that much easier. Practicality gets another boost from the “coach doors”, whose opposing construction creates a fresh new way of accessing the large, open spaces of the interior. 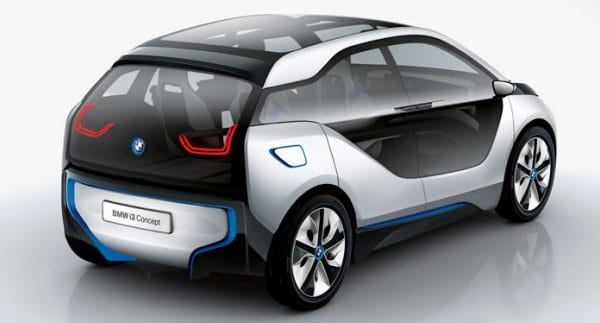 Extensive glass surfaces and black elements like the window surrounds and door sills give the vehicle a feeling of lightness and, together with the exposed carbon structures, draw attention to its low weight. Large narrow 19-inch wheels add further impact to the dynamic side profile. 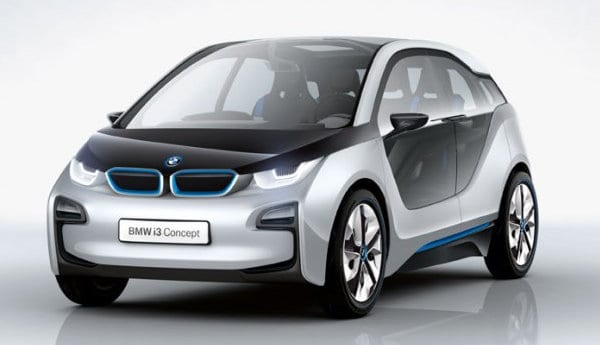 The interior of BMW i3 Concept is characterized by the visible use of natural resources such as European eucalyptus wood. The natural materials underscore the premium standard of BMW i while conserving resources – and during disposal, they emit only as much CO2 as the plant stored during its growth phase. The leather used in the interior is tanned using a natural agent derived from olive leaves. The olive leaf extract provides natural protection against fading and wear while giving the leather a unique look and unmistakable character. The cowhide from southern Germany is thus not only environmentally friendly, but also produced for maximum durability. The wood used in the dashboard is made entirely of timber grown in Europe and certified as 100% sustainable by the Forest Stewardship Council (FSC). By crafting the wooden components in Europe, BMW ensures short delivery routes and sustainability in all stages of production. The natural substances used in the finish also lend the wood a sophisticated look and unique coloration. 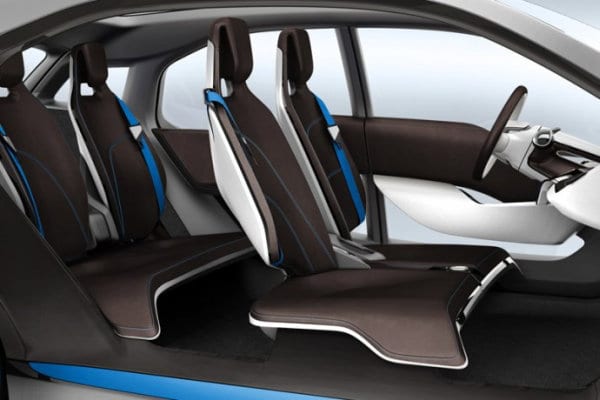 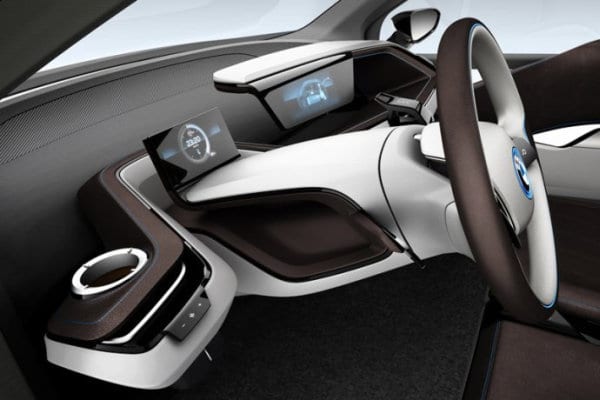 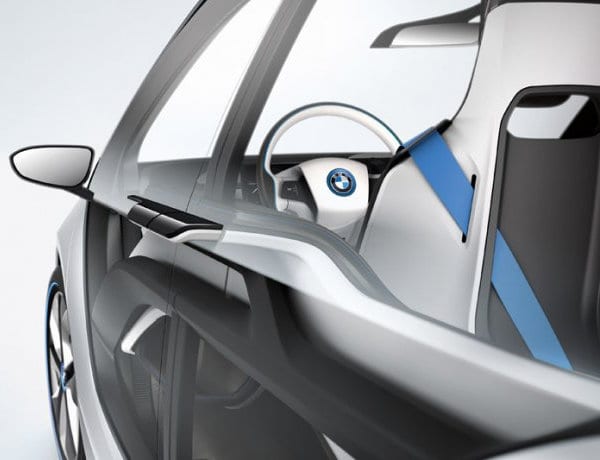 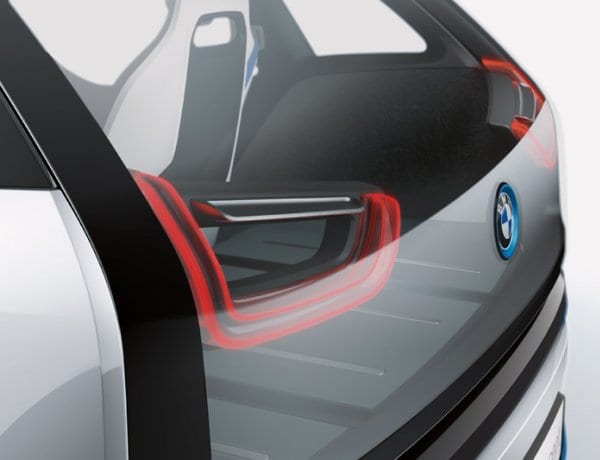 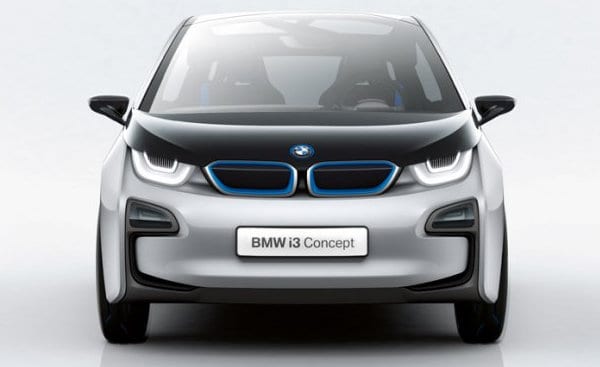 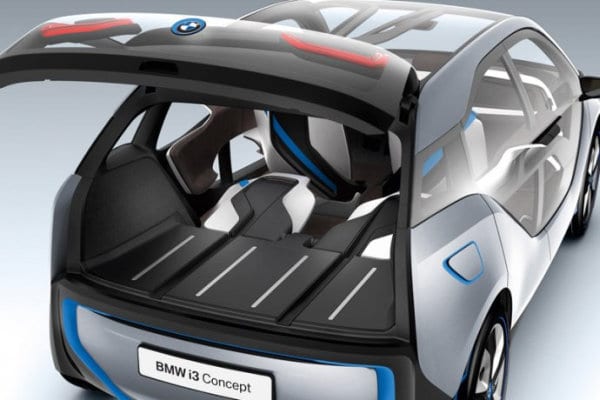 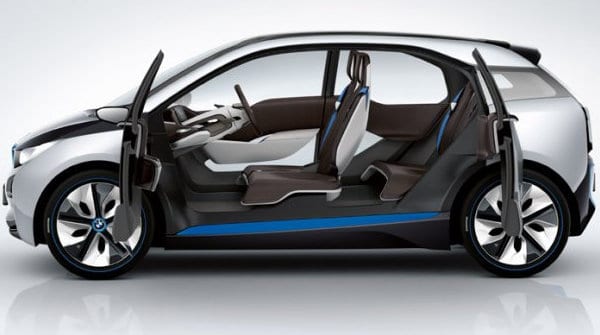