The impressive lobby has been dramatically transformed into a glowing expanse that amplifies its scale and brings together the existing shapes and levels. A modern interpretation of the conventional grand staircase is now one of the first elements that greets guests upon arrival – a magnificent staircase which curves around the edge of the lobby. Constructed in an elegant brown stone against a glazed-over Crystalux wall, its decorative and perforated metal balustrade, which is reminiscent of the Art Nouveau styling.

You can find more details about it in our Kempinski Hotel Corvinus Budapest review! 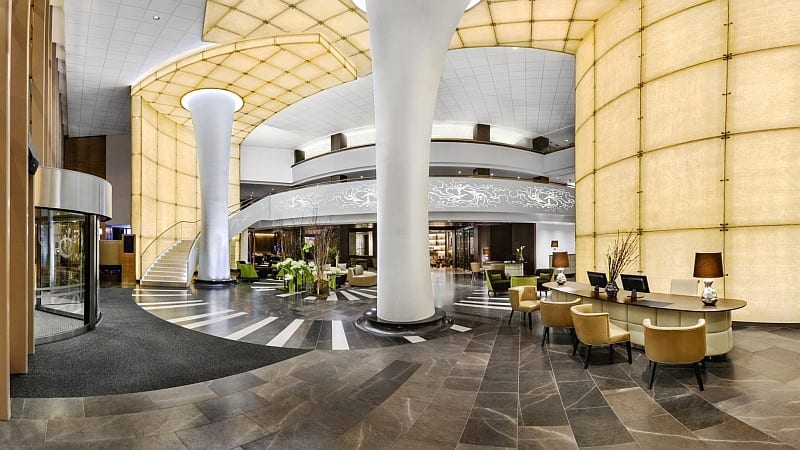 The lobby has become a harmonious space that flows from the main porte cochère to reception and offers views through The Living Room and the ÉS Bisztró to Fashion Street. 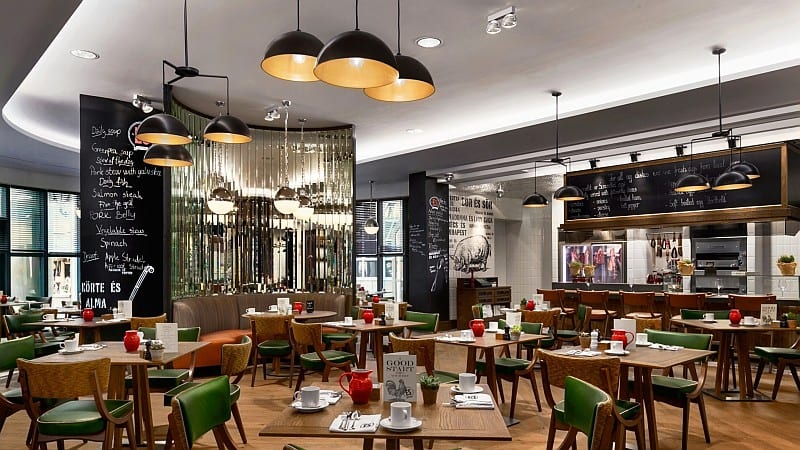 ÉS Bisztróhas been carefully planned to break down into three areas during less busy times and the glass screen serves to obscure the restaurant from view for those on the street so the front of the restaurant is more connected with the terrace and street outside than with the hotel behind, and becomes more attractive for passers-by. 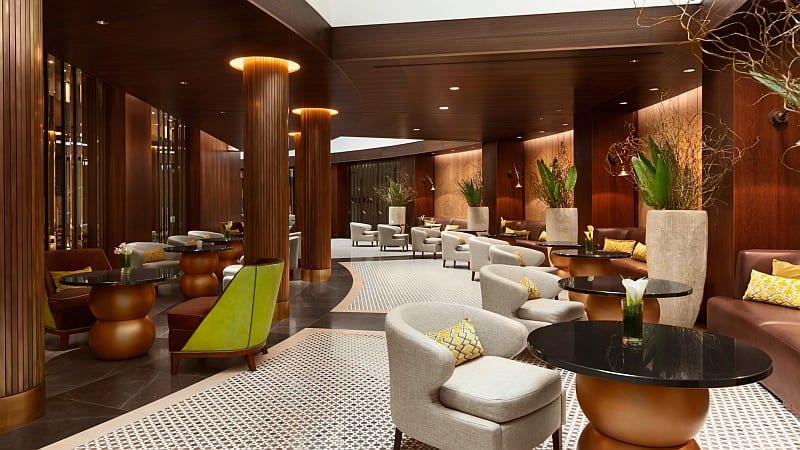 Promenade has the quality of a conservatory bathed in the direct sunlight that shines through the atrium’s glazed roof, and the evening when the space becomes full of mood and the design is shown to its dramatic effect. 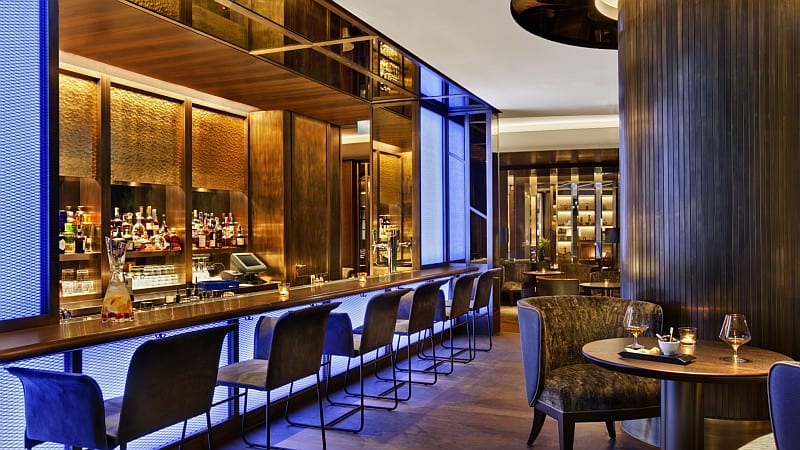 Blue Fox The Bar is a hotspot for sophisticated pre- and post-dinner drinks in the city. It is a classic yet very cosmopolitan bar with fresh accents in both its drinks and its style. The dark walnut timber of the floor and tables, together with the rich upholstery and the seating, creates an intimate and clubby ambience while mirrored nooks and columns as well as glass play with reflections around the space. The bar is surrounded by a specially-designed cobalt blue acrylic material with inset mesh, suggestive of a soda siphon.