The world’s largest in-flight screens are now installed on Emirates’ new aircraft (all new Boeing 777s in the fleet and on the carrier’s A380 aircraft). The new 12.1-inch screens are installed in economy class seatback, 27-inch widescreen in First Class and 20-inch screen in Business Class. 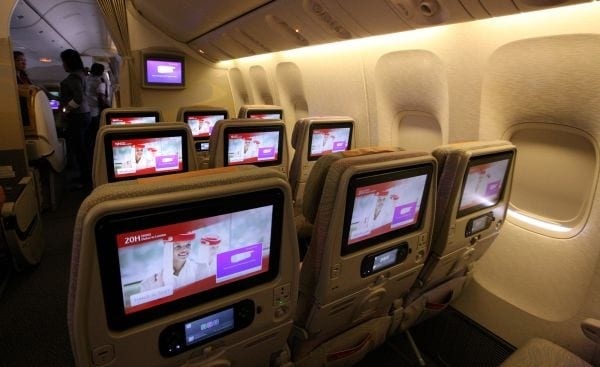 A new computer system, developed by Emirates and Panasonic, will drive the screens, offering over 300 movies, thousands of music tracks and television programs.

The new system has been based on a consumer tablet, Emirates says, with the aim of allowing passengers to ‘swipe’ and ‘scroll’ to access functionality and communications features such as SMS and email access.

A tie-up with skating brand Quiksilver will also see new entertainment offered for children, including a branded travel journal, wallet and playing cards.

Liviu is a traveler writer. He like to travel all over the world and write about his travel experiences.