Today I want to show you a stunning rings Red Carpet collection by Chopard. 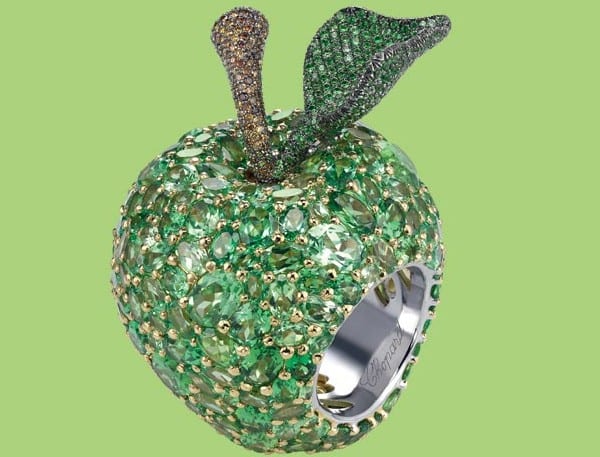 Designed as a tsavorite garnet green apple, to the pavé-set brown diamond stem and tsavorite leaf. 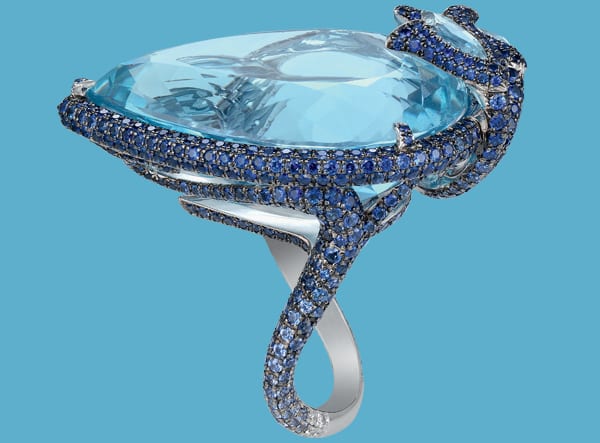 Set with a pear-shaped, aquamarine 58.44 carats, within a gem-set surround with tulip detail, to the similarly set band. 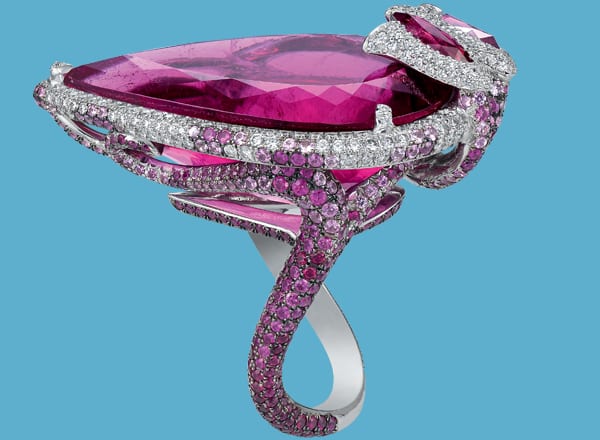 Set with a pear-shaped rubellite 49.64 carats, within a gem-set surround with tulip detail, to the similarly set band. 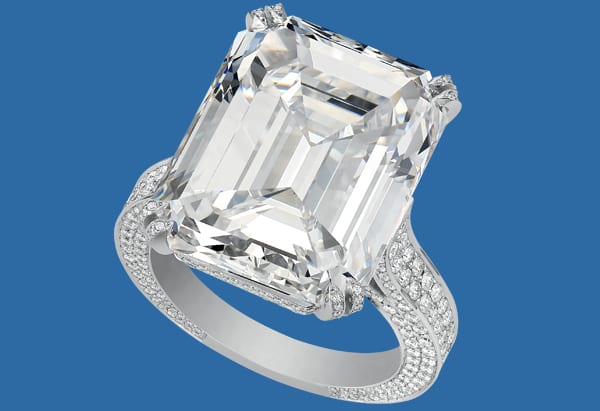 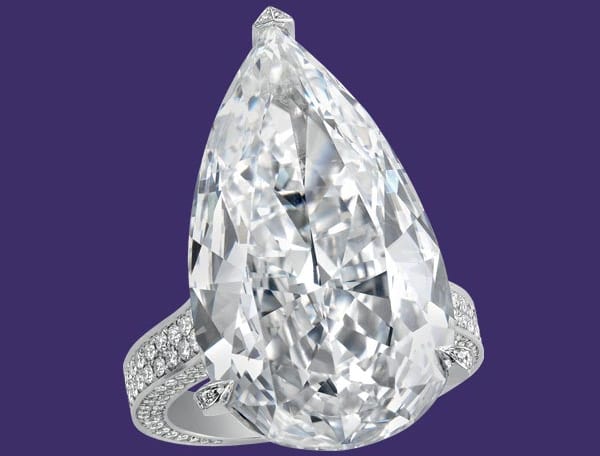 Set with a pear-shaped diamond weighing 17.87 carats, D colour, IF clarity, to the pavé-set diamond band.

Like a riot of pinkish orange colour, the oval-shaped Padparadscha sapphire weighing 7.83 carats set within a diamond twist ring.