Top 10 world’s most expensive places to live in

Zurich is on first place in Top 10 Expensive Cities 2012. Zurich has overtaken Tokyo for the first time in 20 years according to Economist Intelligence Unit‘s latest Worldwide Cost of Living Survey.

Both Japan and Switzerland have seen strong currency movements over the last few years which have made them relatively more expensive. This has become especially true of Switzerland in the last
year, where investors looking for a haven currency outside the beleaguered Eurozone have invested heavily in the Swiss Franc, prompting an unprecedented move by the Swiss government to peg the
Swiss Franc to the Euro to keep the currency competitive, according to the report. 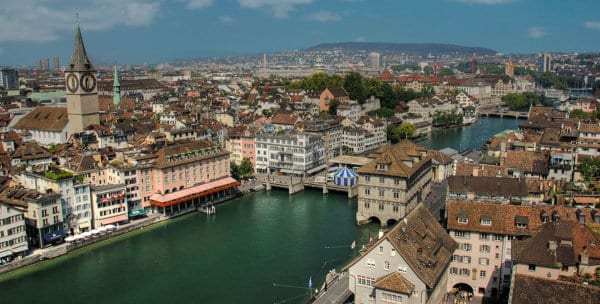 Despite Eurozone weaknesses affecting markets like Greece, Ireland, Portugal, Spain and Italy, evidence is that German and French cities are still relatively expensive with Paris and Frankfurt holding
firm in the ten most expensive.

Local inflation in mature markets always has far less influence on the relative cost of living than the currency movements of the countries in question. This also explains the recent presence of Australian cities like Sydney and Melbourne in the ten most expensive locations as last year saw the Australian dollar pass parity with the US dollar from holding half that value a decade ago.

Research methodology involve more than 50,000 individual prices are collected in each survey and EIU researchers survey a range of stores: supermarkets, midpriced stores and higher priced specialty outlets. These are not recommended retail prices or manufacturers’ costs; they are what the paying customer is charged. Items are individually weighted across a range of categories and a comparative index is product using the relative difference by weighted item. More detail about methodology you can find here.