Dubai – The World’s Most Expensive Billboard

Estimated to cost USD 1.3 Billion for a month, a billboard features a Jet Pack flyer in Dubai is the world’s most expensive billboard according to Skydive Dubai. But do not rush to be surprised! No one paid this amount or even close. The Skydive Dubai calculate like below:

The seconds of flight time for the billboard in Downtown Dubai would cost a minimum of USD 500 per second. If the number of seconds in a month (60 seconds x 60 minutes x 24hours x 30 days = 2,592,000 seconds) is multiplied by USD 500, the total amounts to approximately USD 1.3 Billion for the month long fly time for the billboard. 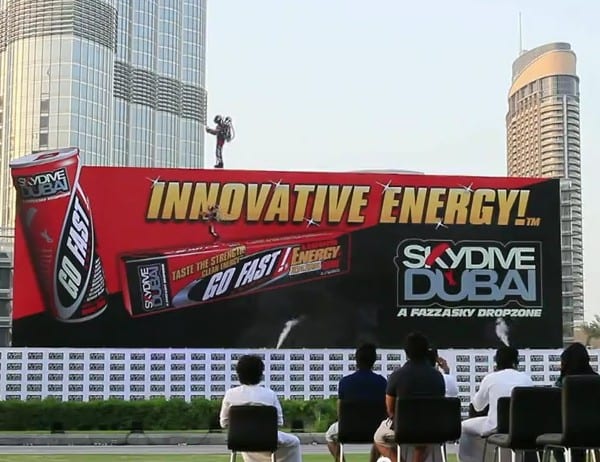 The billboard was strategically positioned at the entrance of the stunning Burj Khalifa, the world’s tallest building. Located in one of the most premier destinations in the world, Downtown Dubai, billed as ‘The Centre of Now,’ the Go Fast billboard by Skydive Dubai created a new landmark for Dubai. 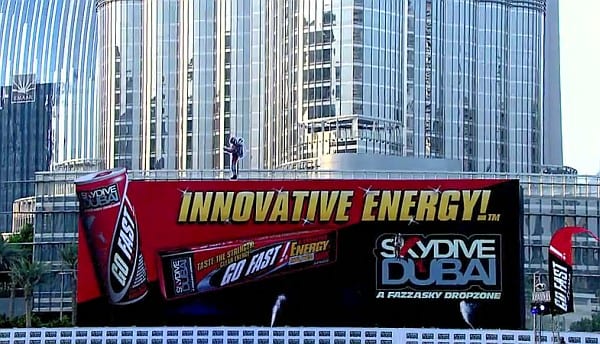