Home » Food and Drink » The World’s Most Expensive Hot Dog

The World’s Most Expensive Hot Dog

The world’s most expensive hot dog was priced at $1501. This Hot Dog is not available at a fancy restaurant as you may think… theONEdog (this is the name of this expensive hot dog) was sold by food cart vendor “Hot Dog Mike” Juliano for charity… 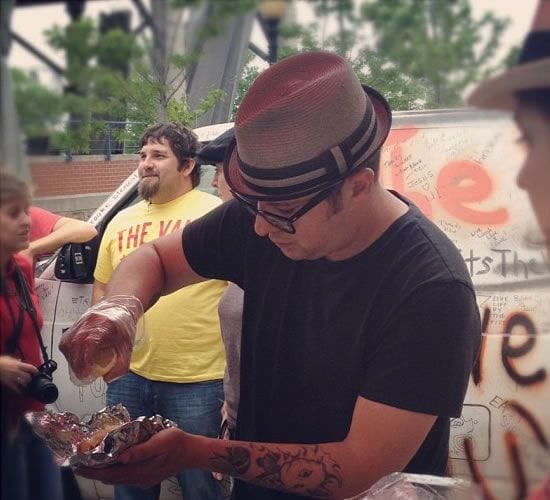 What other media think about this event:

Wondering who actually dug their teeth into Juliano’s creation? Sharon Bennett Goodson was the first buyer followed by anonymous four. Sharon apparently chose to buy the hot dog because the money went for a good cause. The expensive hot dog aside, Sharon took home five complimentary napkins. While a good majority of us may not be as lucky as Sharon, it still feels good to see, how the word charity is driving the world to its very extremes!

Juiliano will donate $1,500 from the sale of each hot dog to The One, Inc., a homeless advocacy nonprofit. The proceeds will benefit local homeless outreach.

Juiliano said he had the idea about a month ago to sell an expensive hot dog to raise money for homeless support nonprofit The One, Inc., also known as “The Van.” He tweeted his idea about a month ago, and his followers instantly started bidding against each other on “theONEdog.” In an hour and a half, the price was up to $1,500. Juiliano said that he made it $1,501 because we are in Little Rock, and he is “clever like that.” 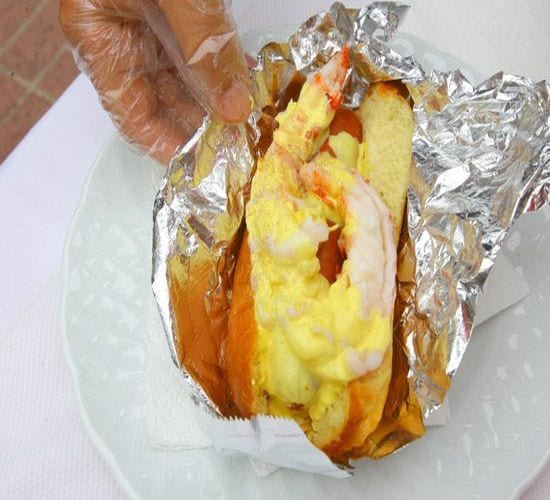 Anyway, I don’t think it is healthy to eat this hot dog or in general any hot dog… Take care of your healthy diet plans.