How to make 15 million in three years: Alex Birkenstock, a member of the family that controls the German shoe company Birkenstock, bought 7,400-square-foot penthouse in Miami for $9.9 million in 2009. Now, after three years he sell it for $25 million to an Italian. 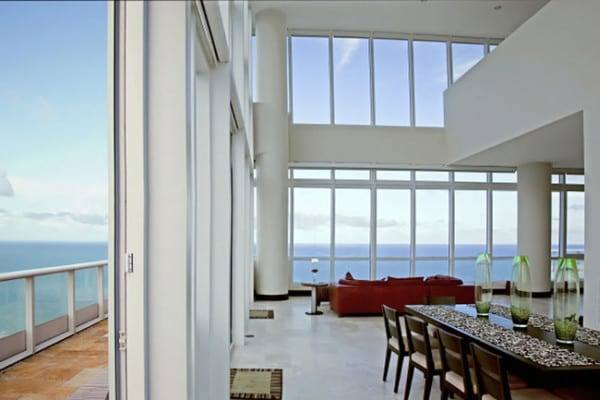 $25 million, a record price for a Miami-area apartment, ($21.5 million was the previous record five months before).

During those years the apartment has been used for movie and music video filming and rented out for about $20,000 a day (not bed all all…)
Now who can tell me that real estate is not a good business anymore?

The penthouse is on the 40th to 42nd floors in the Continuum towers, has five bedrooms, seven and a half bathrooms and 6,000 square feet of outdoor space across six terraces, and includes a private pool and an internal elevator. It was not listed on the market and Italian buyer plans to use the penthouse as a second home when he is not in Europe.

Via: businessinsider.com and nytimes.com

The top lot of the sale at Antiquorum's May Auction (Important Modern & Vintage Timepieces) was the Patek Philippe Ref....